We grew up watching our families build homes. The magic of creating inspired us, and the hard work did not scare us. So after spending over 20 years in real estate and construction, we set out to change everything we believe was missing in custom home building.

We believe your home should be as unique you are.

We believe you deserve every one of your ideas to be heard.

And we believe you should never, ever settle for less than perfect.

Jeremy and Lydia have lived their entire lives in the Springfield/Nixa areas. They now live in Nixa with their 3 children, 3 dogs and a turtle named Ziggie. They are active in their church, their children’s school and their children’s extracurricular activities. They especially enjoy boating and camping as a family.

Jeremy graduated from Springfield Catholic High School and earned an Associate Degree in Landscape Management from Ozarks Technical Community College. He started mowing lawns at the age of 16 and grew it into a successful landscape business before selling it 16 years later in 2015.

Jeremy also began building homes in 2007 and followed the natural progression into a real estate career in 2013. In his first year as a Realtor, he climbed to the top 10% of agents with the Greater Springfield Board of Realtors and has qualified for awards every year since. Due to the number of clients, Lydia also became a realtor and they now work as a team to provide superior service to their clients.

Lydia grew up in Nixa, attended Missouri State University and has a successful background in sales. She has served in many leadership roles in their church and their children’s school and continues giving back through those venues. She has a deep-rooted interest in real estate because her father built homes while she was growing up. 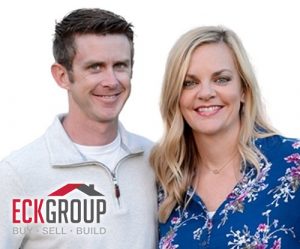 Search every listing in the Springfield, MO area with our easy to use home finder!